(Part 4) The UCI (C2) CX in Clonmel had his supporting race and Under 16-14 races on day 1 (Sat 16th Oct) Report & Results from Martin Grimley (CI-Off road) and Elite Timing (Belfast) Photos this time from John Hammer..with thanks

The Under 14 girls and Under 16 girls who were the first to use the full course. The Under 16s girls had 4 laps to complete with the Under 14 girls doing 3 laps. Emer Heverin (Kinning Cycles Cycling Club) has already won 4 cyclocross races this year with this event making it number 5. Cara Suckling (VC Glendale) finished second with Cuchulainn CC riders taking the next 3 positions on the podium, Ffion Dolan, Holly McCaffrey, and Grace O’Rourke taking 3rd, 4th, and 5th respectively. In the Under 16 girls’ race Greta Lawless (Team WORC) got her first win of the season with Rhiannon Dolan (Cuchulainn CC) second, Mya Doocey (Navan Road Club) third, Faith Robinson (Bray Wheelers) fourth, and Lucy Brown (Phoenix CC) fifth. Full results of all races on http://www.offroadcyclingireland.ie/wordpress/wp-content/uploads/2021/10/CrossClonmel_Day1_results.htm

The Under 16 Girls race

The Under 14 boys and Under 16 boys races at the same time with just 45 seconds between the groups. Seth Dunwoody and Samuel Coleman, both from Shelbourne/Orchard CC have been dominating races so far this season with Seth getting a close win today ahead of Samuel. Conor Murphy (Rostrevor Mountain Bike Club) was right up with the two lads from Shelbourne/Orchard CC and came away with an impressive third spot. Local rider Ryan McCarthy (Verge Sport PI Cycles) got fourth with Ryan Fox (Orwell Wheelers Cycling Club) fifth. Curtis McKee (VC Glendale) has had a tremendous season so far. The Under 14 rider was mixing it up with the front end of the Under 16s and managed to finish in 5th place overall, first in his category. Hugh Og Mulhearne (Panduit Carrick Wheelers) was the second Under 14 boy with Rian McCrystal (Bellurgan Wheelers) third Adam Ward (VC Glendale) fourth and Jack Dempsey (Gorey Cycling Club) fifth.

The Under 16 boys race

The under 14 girls race 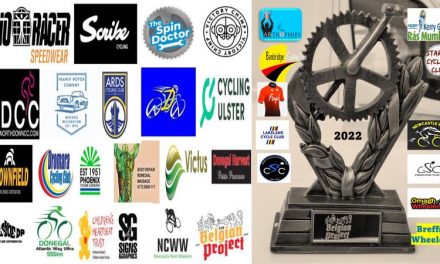 WHAT’S ON THIS COMING WEEK? (TUESDAY 9th AUG-SUNDAY 14th AUG) + some coming events online now!! The deadline for inclusion on these previews is Monday’s 12pm, sent info and a poster if possible of your event to dany@belgianproject.cc (No club leagues please)