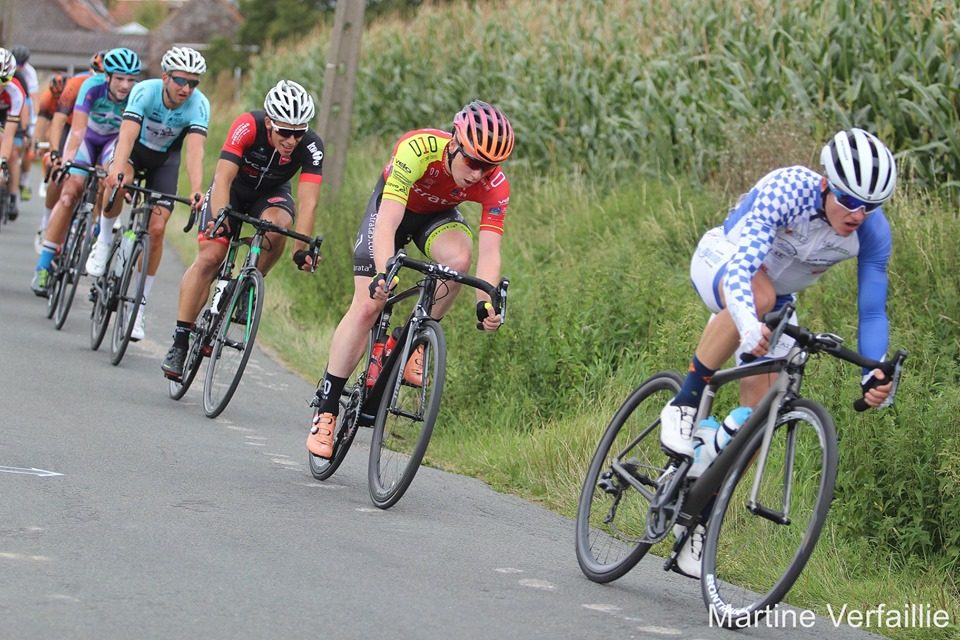 Photos from Belgium courtesy of Martine Verfaillie including feature photo, or otherwise stated, with thanks to Martine and Matthias

Liam was in my selection pool 2019 this year but just didn’t make the final selection, but close, so when Liam asked my assistance to get him a place to stay in Belgium I didn’t hesitate to get in touch with Martine Verfaillie (Belgian Project guest mum) to find out if she had a place for him…the news back was positive and arrangements had been made. Met Liam last Saturday in Laragh and his form lately suggested he could do well in Belgium too, he was in the winning break all day and only beaten on the day by the top man in Ireland Conor Hennebry (Dan Morrissey-MIG-Pactimo) and Powerhouse Sports Lindsay Watson. But Belgium racing is very much different, the speed, acceleration, and the technical courses can surprise the best riders here and pleased to find out that Liam took such races in his stride like a fish to the water so to speak. On Monday he entered a cat UCI 1.18 race in Zonnebeke (These races are just a step down from the usual 1.12 and 1.13 elite ZC & U23 races but still high-level entries) and straight away got a 10th for his efforts. Next day he entered a Kermesse in Hulste (also West Flanders) and this time in the higher cat of UCI 1.12 B which has the top amateurs of Belgium and many other countries competing and boom..a 7th !! for Liam, and that bodes for his next few races he will compete in. He has the company of Matthew Sparrow from the Dan Morrissey stable, Matthew also gets the hang of it with an 18th and a 26th respectively and not bad for a start. Thank you, Martine, for looking after the lads..it is very much appreciated that late in the season, as it helps there development big time. Here below some photos Martine took and the link for more pictures. Well done lads and good luck for the remainder

2 more cancellations by Ulster Clubs announced yesterday!! The East Tyrone GP and the Wallace Caldwell Memorial RR will not be run this year.

*Justice has been served* with awarding Gareth Mc Cullough (Armagh-Down) the 2019 Irish Champion’s title of the Masters +40, this after positive dope test now revealed of the winner Walker, Robin Kelly silver and Gordon Boland now bronze