It was written in the stars that a breakaway group could indulge themselves in the transition stage to Ourense. It was a great fight to get to the right breakaway. A constant in every group who tried to get “up the road was Tim Wellens.The attackers were able to crack the code after just over an hour: Wellens, Woods, Stybar, Van Baarle, Soler, Arensman and Périchon were the winning numbers. Total-Direct Energie made another fierce attempt to reclaim the front runners, but the French were too late in action. In the last cataloged climb, Périchon was the first to let go, Van Baarle, Arensman and Woods also had to let go in the descent. Stybar and Soler got away, but Wellens with an ultimate effort got back to the leaders, the three looked at each other with the red rag in sight and got reeled in by the ones left behind, and so we still got 6 leaders who squeezed to the finish. Everyone seemed to be sparing their powder, but when Wellens fired his cartouche, the competition’s guns fell silent. Woods was very close, but the swinging finale favoured Wellens who took the shortest line to the finish. Dan Martin was first of the bunch more than 3 minutes later in 8th place, he tried to get a separation on the line but the GC leaders didn’t let him has his way, he can try again tomorrow. Sam Bennett finished 6m 50s down to the winner and still on course for Madrid and his possible second win.
Stage 14 result: 1 Tim Wellens LTS 4:37:05
2 Michael Woods EF1 @s/t
3 Zdenek Štybar DQT @s/t
4 Dylan van Baarle IGD @s/t
5 Marc Soler MOV +11″
6 Thymen Arensman SUN +13″
7 Pierre-Luc Périchon COF +3:11″
8 Daniel Martin ISN +3:44″
9 Gonzalo Serrano CJR @s/t
10 Primož Roglic TJV @s/t 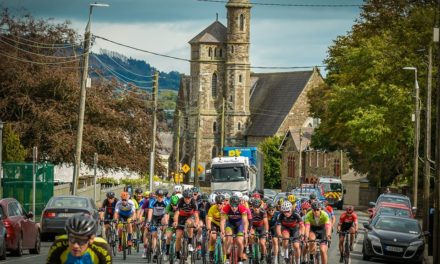 The 2021 Women’s Cycling Ulster Development League (rd 3) was in full flow last Saturday the 29th of May in Bishopscourt (Downpatrick) This event was in conjunction with the CU Youth Academy and a very successful one indeed!!