The King of Sprints is at it again…such a powerful display of supremacy and power…Sam Bennett now leading the peloton for Stage 2 in Paris-Nice!! (Sunday 7th March)

The worst luck today was for Richie Porte, crashed but got going again and seemed to have problems with his back and gave up after one last attempt. And there were also attacks, first by Fabien Doubey, whose lonely flight was doomed to fail in advance. Philippe Gilbert also tried it for a while and later his teammate Kobe Goossens. But there was never more than half a minute of leeway. The sprint was therefore inevitable. We got the expected chaotic finale. Jordi Meeus piloted his leader Ackermann, but he came to a halt on the sloping finish lane. Sam Bennett had timed much better and won with a big lead. Démare kept Pedersen from 2nd place, Jasper Philipsen sprinted from the distant background to 4th place. Sam will be in yelow tomorrow for another possible bunchsprint!!

“THE BEST OUT OF THE BELGIAN PROJECT MEETS…” PART 2: Dave & Mark from Dave Kane Cycles Belfast at the Gran Fondo NI 2015, plus some positive news of bike sales during the Pandemic lockdown

13-year-old Karl Rocket (Ards CC) from Comber (Down) has successfully cycled 100 miles in one day for “MacMillan Cancer Support” and has raised an amazing £3200 so far (2nd May) Chapeau young man!! 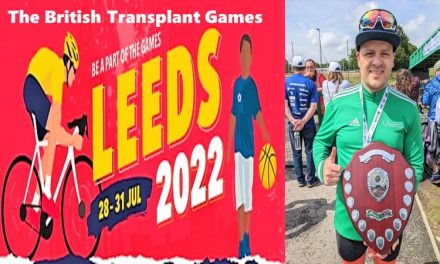 Richie Sheerin (administrator RWB Ireland) from Derry wins the RR and TT at the 2022 “British Transplant Games” in Leeds 2 weeks ago!! A moving story about surviving cancer, his life-saving transplant, the support of his family, and his love for cycling…a must-to-read article from the man himself!!!