Bumper crowd attend Cycling Connacht awards presentation in the Westport Country lodge Hotel, their grounds been the venue earlier that day for Round 1 of the Irish National CX League 2022 (Sat 19th Nov) 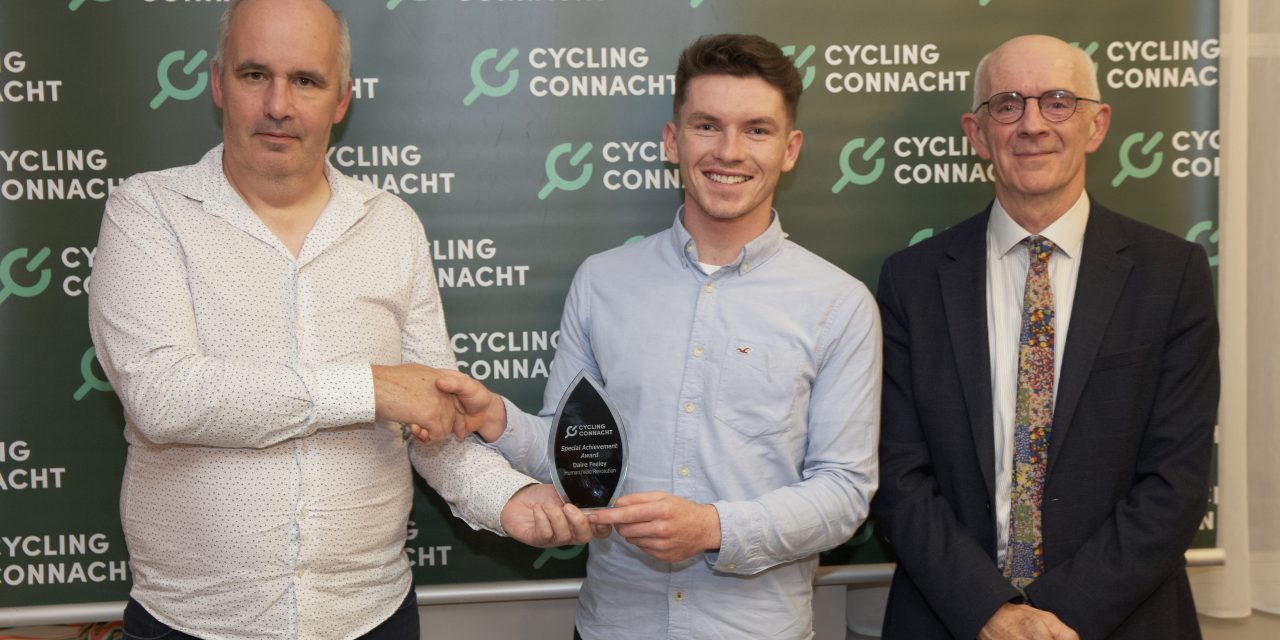 Bumper crowd attend Cycling Connacht awards presentation!! On Saturday night last, the Westport Country lodge was a hive of activity for the second time in just 12 hours. Earlier that day Westport Covey Wheelers hosted the first round of the inaugural Cycling Ireland Cyclo cross series where nearly 200 participants battled the ups and downs of the foot golf course. With eight races down for decision it was fair to say it was busy, equally so again that evening when Cycling Connacht and Westport Covey wheelers hosted a joint awards night. Volunteers, coaches, event organisers and competitor’s achievements were celebrated making it a great social night for cycling in the province. Every award winner was special but there were six recipients who deserved special recognition for their achievements with two of those being inducted into the Cycling Connacht hall of fame.

Van Aert crowns himself for the 3rd time as the overall winner in the World Cup beating Mathieu Van Der Poel yesterday in Overijse, next…the Worlds in Oostende on Sunday hopefully (there are doubts of it running)

Lydia Gurley takes bronze in the scratch at the Track World Cup in New Zealand and 7th in the Madison with Emily Kay! (6th-8th Dec)