Speaking after being awarded the rainbow jersey O’Callaghan said: “I don’t think it’s sunk in fully yet, later on, I think it will. It’s a bit overwhelming right now.” “I think every racer aims to win. But the top five would have been really good.” “Everyone has been sending me messages and hoping that I do well.” “I know lots of people were watching live timing.” O’Callaghan had signed for professional team YT Mob earlier this year and based himself out of Switzerland in preparation of the event, Teammate Christopher Cumming posted the second-fastest time in qualification on Friday but had to settle for 21st in Sunday’s final. McKenna Merten finished 8th in the Junior Women’s race with Jacob Dickson suffering a DNF in the Elite Men’s race. Dickson has qualified 32nd in a time of 4:04.598 What’s on this week, road and TT-wise? The National Irish TT Champs in Nenagh on Thursday eve (23rd June at 7 pm) and the National Irish Road Race Champs in Kanturk (Sat 25th & 26th June) The Belgian Project will be at Nenagh as MC of the event (TT hosted by North Tipp Wheelers + full start list) and some media work in Kanturk during the weekend for the Road Races..see you all there!! +The Dunloy Youth Races 2022 in Antrim on Sunday 26th!! 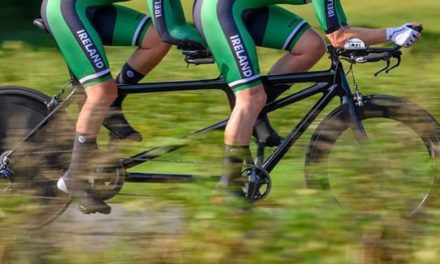