What is going on behind the scenes of a Belgian classic …correction” The Classic” is enormous…the set up of the TV stations, the planes and helicopters, the commentary teams, the media motorbikes, the team cars, the jury and so much more to get this magic race to our TV sets…this video below just describes exactly how it is from the start till the end with the emotions involved…thousands and thousands of supporters and the enthusiasm of the reporters and all involved is just out of this world…I follow the “Koers” since I was a toddler and still excited to watch such moments…the video is just over an hour, so watch it with a beer or a glass of lemonade, or in my case, a coffee with a spit of rum…some envy a bit as being a media man myself, and only can dream of such involvement, but hey Irish racing is maybe a small affair, but with big hearts and that makes up for it !!! (This was April 2019)

We are getting in second gear with the South of Ireland starting promoting events from next week!! Here some of the big events to enter online for June…be quick as they fill fast!! 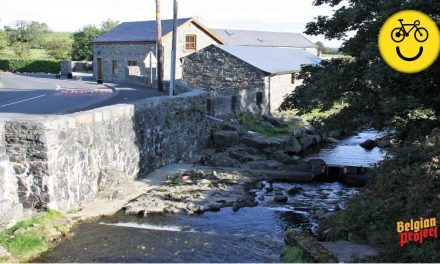 What’s on this week on roads and fields in Ireland? (Wed 21st-Sunday 25th Sept) Ulster Hill Climb Champs, Cyclo-Cross, some sportives, and TT action (if you would like to be included in these previews, sent your details and poster to dany@belgianproject.cc before Monday 12pm) It is a free service and can boost your nrs!!