Well-known Belgian journalist and webmaster of Wielerverhaal *Yves Brokken* has interviewed Irish Imogen Cotter at the brink of her new season with “Keukens Redant” and Imogen’s news of joining Movistar for their E-Team in the Zwift Racing League Premier Division!!

The interviewer Yves Brokken is the driving force behind WielerVerhaal, which he founded himself at the end of 2015. He has published in 35 sports publications in recent years, mainly in the Netherlands and Belgium, but now devotes his entire professional life to this platform. Loves De Ronde, Paris-Roubaix, Giro, Tour and World Cup in particular. But women’s cycling, youth, and ‘unknown’ drivers are also close to his heart. He does this for the beautiful stories that lie behind the corner. The story can also be found in Flemish (Dutch) on https://wielerverhaal.com/

In the last months of 2020, you drove for Ciclotel. Why this short stay?
Imogen Cotter: “Last year I rode a number of very good races around the period July and August. Ciclotel noticed that and wanted to give me a chance as an intern for the bigger competitions that were to take place in October. If all went well, they would offer me a place on the squad for 2021. That was confirmed at the last minute. I only found out 2 weeks before that I would ride the Tour of Flanders and Bruges-De Panne. My preparation was very rushed and not ideal because I thought I would be in a match-free period at that time. A peak in October was not exactly planned. However, as soon as I joined the squad, they announced that the squad would be retiring at the end of the 2020 season. I was really lucky that Keuken Redant had agreed to release me for these competitions and that they would take me back if it didn’t go to plan. I was very happy to return. Even if it is not at the UCI level, the team works professionally and there is a motivating atmosphere. ”
How was your winter?
Imogen Cotter: “I think I’ve had my best winter since I started racing. It was the 1st winter in which I could really make a lot of kilometers. The winter before the 2019 season I was still quite new and in the winter before 2020 I didn’t have a bike, so I could only do all my training indoors. Last winter was my most solid winter yet. I was a bit unlucky that I got corona in December, but I actually got back from it without too many problems. ”
How did you come into contact with the Movistar eTeam?
Imogen Cotter: “My coach Ronan McLaughlin from Panache Coaching suggested I try this. He texted me at the end of January and told me to check it out. His words were, “What do you think about Zwift racing?” To which I replied, “Please, no!” Zwift racing is so incredibly difficult. It’s really different than on the road because it’s just going full-hard for an hour. There were qualifiers in the 1st week of February and I was hesitant to participate – just because I didn’t think I was fit enough on my return. ”
How was the selection process?
Imogen Cotter: “There were a few different ways to qualify: the open community qualifiers I took part in and the qualifications for riders who already raced in the top divisions at Zwift. The top 5 of the open community rounds came through, so I managed to time my sprint well enough to finish 4th. For the next 2 weeks, I drove 2 races every week with the qualifiers from all laps. These races were soo tough. It was a really brilliant way for me to get the fitness I needed.
Why did you participate in this?
Imogen Cotter: “I felt quite frustrated when I realized that the 2021 season was going to be a completely different season. Many of the bigger teams now come to the games in Belgium, which means that smaller teams like Keukens Redant cannot participate. So joining this Movistar challenge was my way of being proactive and getting rid of that energy and frustration in a positive way. I can’t change the fact that I don’t have many road races, but I can try to make the best of the situation we’re all in. ”
Do you now have a full-time contract as a professional cyclist?
Imogen Cotter: “I am still not a professional cyclist. My contract with Movistar is unpaid because I am part of their e-team, not the road team. ”
What will your next months look like?
Imogen Cotter: “I have my 1st road race of the season on Sunday in the Omloop van de Westhoek. Hopefully, this is the start of a somewhat busier road period in which I can improve my race condition. I’m also starting the Zwift Racing League Premier Division next month, so it’s going to be a busy time. I look forward to seeing how this online racing helps me improve on the road. I lack explosiveness, so I look forward to working on that with the guidance of the Movistar coaches. ” 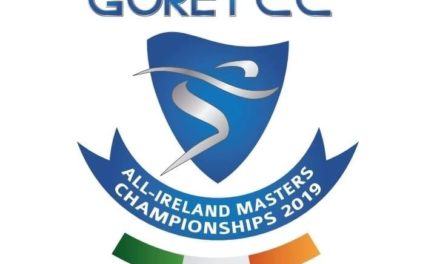 Good Luck & Ádh mór to our CI Youth Team in Baku Azerbaijan next week..The green will be seen at the Caspian Sea for sure at the Youth Olympics 2019!!

“THE BEST OUT OF THE BELGIAN PROJECT MEETS…” PART 8: Matteo Cigala, an ex-Italian pro who brings continental flair to Irish Cycling…his story