The Junior women’s 2021 World champs in the streets of Leuven (home of the biggest University in Belgium) saw Team GB controlling the race with Zoe Backstedt winning the Gold!! Our Irish teenagers Aoife O’Brien and Erin Creighton gained experience which could be so valuable in their future! (Sat 25th September)

I bet Magnus Backstedt is on top of the world with his daughter winning the rainbow jersey…we heard his emotions live on GCN when she crossed the line in front of Kaia Schmid (USA) who was one of the revelations at the Ras na mBann a few weeks ago…The GB team controlled the race when Zoe and Kaia managed to get away..disturbing the chase to perfection…the dutch girls tried but to no avail…the 2 took over a minute with 15km to go and the chasers got only to sprint for the bronze, this won by German girl Linda Riedman. The Irish girls had to let go early, Aoife O’ Brien managed to stay in the race, while Erin was probably taken out of the race at some point (no info yet) and not to be ashamed off, with the cream of the World top Juniors in the race …a brutal 4 climbs each lap scattered the riders big time….they had their first taste of world level road racing and soaked up the experience…well done Erin and Aoife An update of the Belgian Project 2022 bursary awards + info on what is needed to race in Belgium document-wise! Also a welcome to my friends Ann and Mario from Wervik (Bel) to Ireland…they provide me with a home from home when needed in Belgium for the last decade! Perfect timing as the Noel Teggart Memorial is on, and a visit today to Banbridge is on the menu!! (Sun 12th June at 12 am) 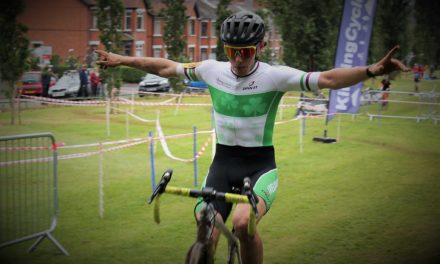 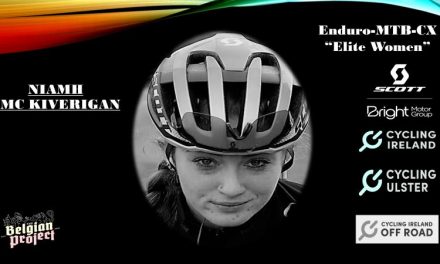 EX GRADUATES, EX-BURSARY HOLDERS, AND CURRENT ONES…HOW DO THEY FARE LATELY…Niamh Mc Kiverigan (Scott Bright Motor Group) is going places!! The ex-BP bursary holder just warms my heart with her progress…Lately, in the “Trophy of the 2022 Nations Cup Enduro” in Finale Ligure (Italy) Niamh got an amazing 16th place in the “Women Elite Solo” and this in her 1st year as an Enduro athlete!!! Here her story>>>