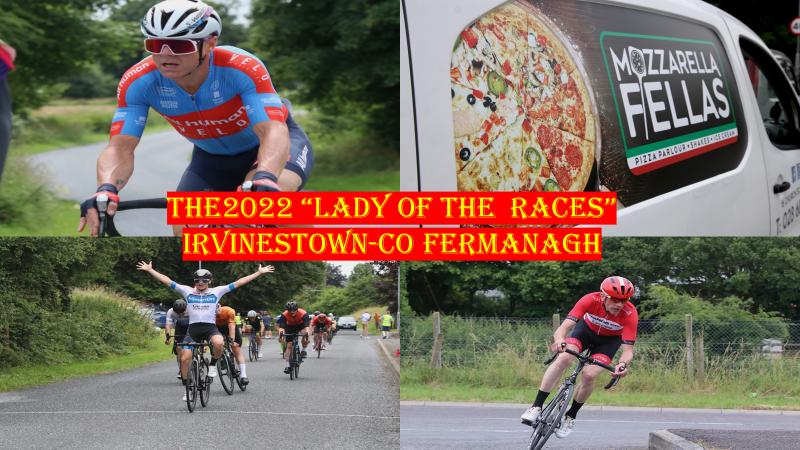 Photos courtesy of Sharon Mc Farland, results and report courtesy of Lakeland CC, with thanks to both

Lakeland CC told social media “Saturday past saw the annual Mozzarella Fellas Lady of the Lake Races on the highly popular circuit outside Irvinestown. 3 separate races were held on the day and spectators were treated to some great racing on what was a great day for a bike race.
The A4 race set off at a very fast pace with several riders trying to break away, this continued off and on and split the field on the Ardllougher Road. After this, a front group of about 15-20 settled for a lap and half until eventual winner Barry Doyle of Harps CC rode off the front again on Ardlougher Road and stayed away until the finish. The chasing group came to the finish together in a bunch sprint, behind 2nd placed rider Fearghal Kelly of Phoenix CC.
In the A3 race club stalwart, Niall Murphy suffered an electronic fault before the start that left him with no gears !!! Despite the best efforts of the pit crew (Mark McGirr), there wasn’t enough time to fix so Niall went off with one gear (52/11) and did very well to survive the race laps. As soon as the flag dropped Rory Gamble was on the attack and stayed out front solo for 4 out 5 laps. Declan McEntee and Jamie Phillips chased Rory also from the gun forming a 2 man chase and caught Rory with a lap or so to go. The 2 chasers came 1st and 2nd. Rory was caught by the group with under 1k to go..
The A2 A1 race saw Conor Sprice and Kyle Fisher get a 4 min head start in the A2s, over a very strong A1 group. The A2s drilling it hard on a 7 lap race, they made the big guns work to their limits and the catch was only made inside the last mile before the chequered flag, great racing.
The club would like to thank all those who helped make the races on Saturday the success it undoubtedly was. As others can testify a lot of work needs to happen before, during, and after these events. Special thanks to Lakeland club members and their family and friends who helped out, Mozzarella Fellas for their continued sponsorship of the race, The Lady of the Lake Festival Committee, The Mallard Flyers Cycle Club who helped once again on the marshaling front, outriders from the Fermanagh Motorcycle Club, the Comms team from Cycling Ireland, Photos by Sharon McFarland who captured some great shots of the action (Some of which taken the liberty of using here) and Donnelly Group for the lead cars. There are a lot of people/organizations to thank so forgive me if I missed anyone out.

Note Dany, sorry I couldn’t be there due to a previous booked MC job in Limerick and take the opportunity now to thank the club for their donation to the Belgian Project support car, it will not be forgotten, and very much appreciated, yours in sport, Dany B 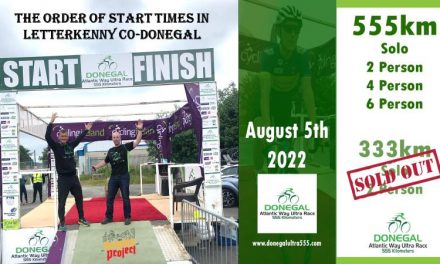 Drogheda wheelers had to announce the Postponement of the “Rás na nÓg 2021” in April, while Castlebar CC changes date of their GP to September

Junior Kaia Schmid of the LUX Cycling team (USA) Wins on European Debut the first stage of “the Ras Na mBann 2021” Plenty of Irish girls in contention at the same time as the winner!! The results (Wednesday 8th September)