The 2022 “Big Red Cloud” CX league was on their starting order last Saturday (24th Sept) at the Mc Crystal Cycling Track in Jenkinstown Co-Louth promoted by Bellurgan Wheelers…A cracking day at the foot of the Cooley Mountains!! 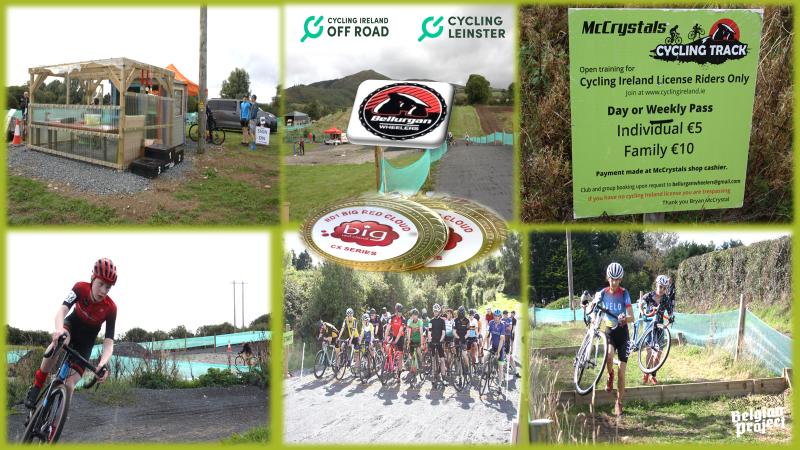 We had a full schedule of events, from U8s to adults racing.In the under 8’s Jaxon Jennings stormed around the kids course in his first cyclo-cross race and took a deserving win. He had to work hard as Bobby Campbell and Coilean McNulty never gave up chasing and finished in 2nd and 3rd respectfully. Ríonach Campbell was our only girl U8 but that didn’t stop her and she had a great ride.

In the U10’s Ben Cunningham- Orwell Wheeler’s went from the whistle and never looked back. In 2nd and 3rd were Oliver Foley -Yeats Country CC and Josh Turner – Orwell CC. In the girls Aoife campbell- Square Wheels rode as impressively as ever and won the U10’s Girls followed by Molly Turner- Orwell and newcomer Emma Delaney -Cuchulainn CC.

James cunningham- Orwell CC and Eunan Campbell- Square Wheels battled it out again in the boys U12 riding side by side and showing what proper racing is with james attacking in the final lap and getting a good win. Rounding up the podium was the ever improving Diare O Flaherty -Carlow CC. Éire McCrystal and Sky Spence were 1st and second with very little between the girls. Ciara O Connor – Drogheda Wheelers had a fantastic ride to get 3rd.

Next race we had were the U14,16 and Women. The U16 Boys were first off. From the start it was Conor Murphy Rostrevor MTB and Cameron Henry- Inspired Cycling that opened an immediate gap to the rest. But after lap 2 Cameron pushed on and it stayed that way to the line with Fionn Killeen Orwell Wheelers having one of the rides of the day coming 2nd and Conor Murphy finishing in 3rd. The Boys U14 started behind the U16’s and it was Rían McCrystal winning from Eoin Davis – Bohermeen and Daithi Killeen Orwell Wheelers.

Rhiannon Dolan – Cuchulainn CC and Faith Robinson- Bray Wheeelers in the U16 girls had a tight battle early on but Rhiannon is showing great form lately and was infront front start to finish. Faith finished 2nd with Holly McCaffrey – Cuchulainn CC getting 3rd.

Next up were the Women where Darcey Harkness won very convincingly with Doireann Killeen- Orwell Wheelers in 2nd and Niamh Stephens- Team Giant Dublin in 3rd. First Unplaced Master was Jean Wilson -Orwell Wheelers. We hope to encourage and build our female races this year and will promote some women only CX training days. Keep an eye on the website and our social media pages in the coming weeks and months.

Our Final 2 races of the day were the Men’s A and B. Men’s B were first up with some hot and heavy racing going on. Desi Foley punched his ticket to the A category for next time with a very strong ride winning well. One of the most exciting finishes of the day was Mark Gordon- Newry Wheelers and Lukasz Oleksiewicz -Team Worc sprinting for 2nd and 3rd. Mark edged out Lukasz in a strong sprint for the line.

Some big hitters were in the A race. But they were no match for Joseph Mullen- Navan Road club, first year junior who was in  his first competitive Senior race.  Joseph took flight after lap 2 winning well with  Tadhg Killeen – Orwell CC  in  2nd. Darragh McCarter – Spellman and Glen Kinning battled for 3rd with Darragh prevailing in the end. 1st M40 was Glenn Kinning – Kinnings Cycles. 1st M50 was James Wilson – Velocity Road Club and 1st M60 was Johnny McCabe.

Thank you to the volunteers/friends that helped with the event, it could not be run without you. Thanks to the Red Cross and thank you to Martin Grimley and Jim Adams for officiating to the highest standard,  and also to Big Red Cloud for supporting this event and our future series events!” yours in sport, Brian McCrystal 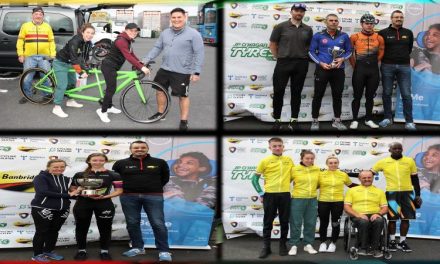 Good luck to all the Irish and Ulster youth teams in the “Youth Tour of Scotland” in Perthshire this weekend for the ninth edition of this famous race, with 156 riders from six countries taking to the start line in Perthshire from 1-4 April. 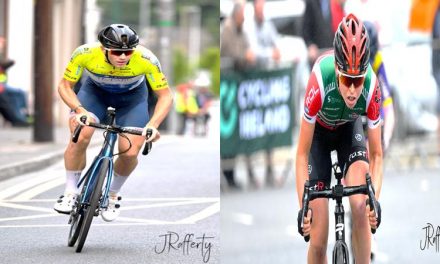