The “Cycling Ulster CX League” Round 1 was a roaring success all round yesterday in Dungannon (Co-Tyrone) The weather gods have been kind, and with over 200 competitors and a full program of youth and senior races the park was buzzing! Results and photos within…Well done Island Wheelers!! (Sunday 2nd October) 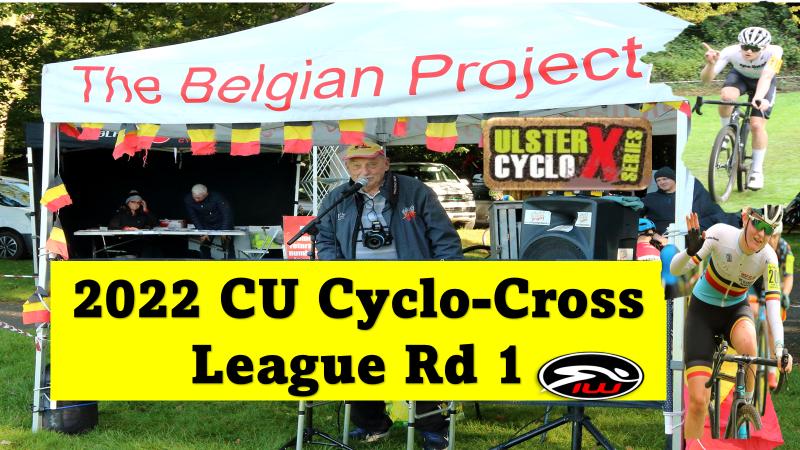 Full results and times on https://ulstercyclocross.com/wp/wp-content/uploads/2022/10/Ulster_Cyclo_cross_2022_Round_1_Island_Wheelers_Results.htm

The 2022 Ulster Cyclo-cross season opened with its first round at Windmill Wood, Dungannon on Sunday 2 October. This is the 9th year that Island Wheelers have ran a cyclo-cross race at this venue and their course and set up just get better and better each year. All riders started from the one location on the expanse of grass on the main section of the course. The start featured a twisting section before heading past the timing tent and out onto the main course. This year there was a reconfiguration of the pit area which is located within eye line of the windmill itself. The course was in great condition despite heavy rain earlier in the week. Race day started with blue skies and some outbreaks of warm sunshine. There was only a short shower in the afternoon but otherwise it was a very pleasant autumn day.

The Under 10s had 4 laps of an extended circuit to complete. The boy’s podium was decided after lap 2 with no change to the chequered flag. It finished Jack McGahan (Square Wheels), Benjamin Cunningham (Orwell Wheelers Cycling Club) and Leo Gallagher (Shelbourne/Orchard CC), first, second and third respectively. Aoife Campbell (Square Wheels) put on her usual strong performance that had her finish up among the boys, 3rd overall but first girl. Fiadh Craig (VC Glendale) was second with Ruby Millar (Square Wheels) third.

After a break for podiums and practice, the Under 14s, Under 16s and Women lined up to race on the full course. The women had 5 laps to complete with the rest having 4 laps. Caleb McGreevy (Apollo Cycling Team) lead the Under 14 boys’ race from whistle to chequered flag. Josh McClune (Team Madigan C.C.) finished second with Austin Henry (Inspired Cycling) completing the podium. Among the Under 14 girls, the finish order was decided on lap one with Aoife Craig (VC Glendale) taking the win, Clodagh Quigley (Foyle CC) second and Maeve McCool (Square Wheels) third.

After a break for podiums and practice, the Under 14s, Under 16s and Women lined up to race on the full course. The women had 5 laps to complete with the rest having 4 laps. Caleb McGreevy (VC Glendale Youth Academy) lead the Under 14 boys’ race from whistle to chequered flag. Josh McClune (Team Madigan C.C.) finished second with Austin Henry (Inspired Cycling) completing the podium. Among the Under 14 girls, the finish order was decided on lap one with Aoife Craig (VC Glendale) taking the win, Clodagh Quigley (Foyle CC) second and Maeve McCool (Square Wheels) third.

In the women’s race there was another close battle, this time between club mates Aine Doherty and Darcey Harkness, both with VC Glendale. Aine kept herself in front of Darcey to pick up her second win of the season. Stephanie Roche (Scott Bright Motor Group) finished third with Caroline Martinez (Chain Reaction Cycles) fourth and picking up the first unplaced masters women prize.

After another break for podiums and practice the Cyclo-cross Men’s A’ race lined up. The 34 riders contained the whos-who of Irish racing. Trying to replicate his win at the Kinning Cycles race was Samuel Coleman (Shelbourne/Orchard CC) who lead after lap 1 but dropped back at one point to 4th place, across the 8 lap race but managed to get back up to third to get onto the podium. Darnell Moore (Team Caldwell Cycles) was leading after lap 2 but the on-form espoir rider, Dean Harvey (Spellman-Dublin Port) managed to get to the front on lap 3 and never looked back.

Dean put on a terrific show of strength to take the chequered flag leaving Darnell to settle for second. Darren Rafferty (Un-Attached Ulster) wasy lying 4th after lap 3 but took a mechanical and had to run to the pits. He dropped to 9th but clawed his way back up to 4th at the finish and was awared the first unplaced espoir prize. Darragh McCarter (Spellman-Dublin Port) was 5th with Lee Harvey (VC Glendale) 6th. Adam Rafferty (US Colomiers) was 7th and picked up the first unplaced Junior prize. The CX legend Robin Seymour (Team WORC) finished 8th and picked up first unplaced M50. Glenn Kinning (Kinning Cycles Cycling Club) got the first unplaced M40 prize with David Lawless (Team WORC) getting the first unplaced M60 prize. The team prize went to Spellman-Dublin Port when Jamie Meehan joined Darragh McCarter and Dean Harvey at the finish.

The Cyclo-cross Men’s B’ race started at 2:30 with 58 riders taking on 6 laps of the full course. Starting a minute behind them were the two mountain bike men in the support race with Gerard Curran (Tir Chonaill Gap CC) taking the win ahead of Calum McMonagle (Foyle CC) *see photo below. In the B’ race it was Dean Burnside from the host club who took a convincing win. Mark Gordon (Newry Wheelers CC) finished second with Declan McEntee (Emyvale CC) third. All 3 have been upgraded to the A’ race for the rest of the season. Jonny Adams (Killinchy Cycling Club) finished 4th with Gerard Craig (VC Glendale) 5th and David Neil Armstrong (VC Glendale) 6th.

A huge thanks to all those in Island Wheelers for putting on an excellent event. Thanks to the local council for the use of the land, to all the riders for travelling to compete and to all the spectators for supporting the riders. It is great to get back to the cyclo-cross season. This is the 14th year of the series and it has grown in popularity and quality since its inception in 2009. We can now look forward to Round 2 which is being hosted by Omagh Wheelers at Ecclesville Centre in Fintona on Sunday 9th October 2022. See details on http://www.ulstercyclocross.com (Commissaires: Jim Adams-Pit boss and Martin Grimley) 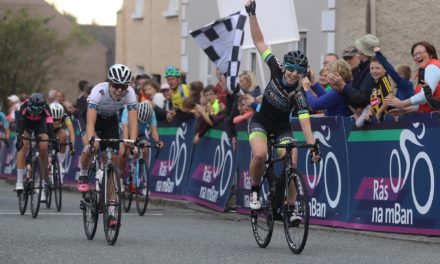 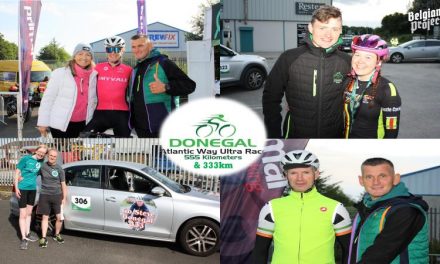 3 Cyclo-Crosses this Sunday the 3rd of November in Ireland…Washing machines ready at all corners of the land!!