What’s on this weekend? Well…it is the big one!! All roads lead to Jenkinstown at the foot of the Cooley Mountains in Co-Louth for the Irish National CX Champs (Mc Crystal Cycling Track) Over 400 entries in total for Sat 14th youth races & Sun 15th January senior & junior races!!! + “Ride for Raymond” next Sun 22nd January info… 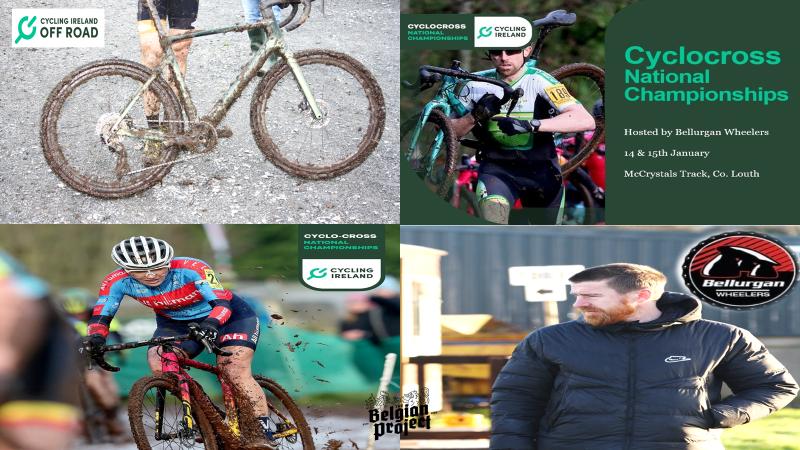 Cycling Ireland reports: “And after a successful first National Series brought together the best in the country over four rounds in recent months, the season’s finale is bound to serve up some exciting racing. McCrystal’s Track and Bellurgan Wheelers host the 2023 National Championships and bring to the table a thrilling course featuring everything from technical and punchy sections to sand and muddy stretches. Some riders will be confident however after the track hosted the third round of the National Series on December 28th, giving some a chance to get to know the course with the National Championships in mind. A host of youth races will be run on Saturday, January 14th, from under 6s grade to under 12s in what will be a fun family day out. There will also be under 14s and under 16s Youth National Championships held later in the day. Junior, senior and masters National Championships take centre stage on Sunday, January 15th“

Cycling Ireland can confirm that the 2023 Cyclo-cross National Championships will be live streamed in association with InForm Sport Media. Sunday’s senior women’s and men’s races will be live streamed on the Cycling Ireland Facebook and YouTube channels.. The streaming is supported by Sport Ireland’s Women in Sport campaign. The support from the Women In Sport programme will see the women’s race being the focus of the broadcast, including interviews with some of Ireland’s best female cyclocross riders. Irish Independent Sport will also broadcast the live stream on their Facebook page. Irish Independent Sport said:  “Independent.ie is delighted to confirm it will be live streaming the cyclocross national championships for a second year. Last year’s championships saw some fantastic racing in really difficult conditions and on the back of the recent World Cup event in Dublin there’s sure to be even more focus on this year’s championships.”

All info and entry details on https://eventmaster.ie/event/j361sE0TBz and you can donate on https://www.justgiving.com/fundraising/rideforraymond “The warriors in Green” in the land of Banks, Cuckoo’s and Cheese, They will do us proud!!