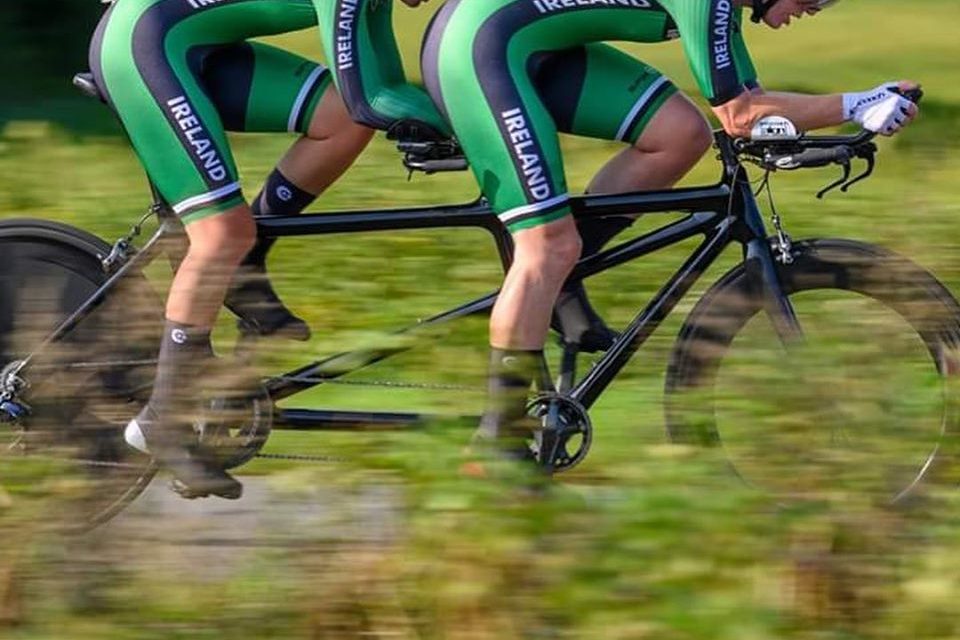 Report Cycling Ireland >> Katie-George Dunlevy and Eve McCrystal have won a 3rd World Title in the time trial at the UCI Paracycling World Championships. The pair retained their rainbow jerseys in emphatic style as they averaged 45.612km/h for the 31.2km course, giving them a winning margin of 55 seconds over New Zealand. As well as their time trial wins, Dunlevy and McCrystal are the 2017 and 2018 Paracycling Road World Champions. They will look to defend their road title on Saturday morning and add a sixth rainbow jersey to their collection. Commenting on the performance, Katie-George Dunlevy said: “We had form coming into it from our previous results. I believed that we could do it, and I really, really wanted this one. I know Eve did as well, It was really tough out there. It was a flat course and that suited us, but it was a long, hard TT. We fought all the way. I am absolutely delighted to win again.” Tandem pilot, Eve McCrystal added: “I enjoyed it. I could see a few riders ahead of us, so it was nice to have a carrot to push on and win in the end.” Ronan Grimes was also in action, placing 4th in the MC4 category in a time of 41 minutes 11second, just 33 seconds off the bronze medal. The Galway native is a relative newcomer to cycling but has impressed coaches with his consistent development and transformation into a real medal contender.

Time Trial Results from the other in Team Ireland

Banbridge CC Chris Burns was 16th in the MC2 Cat

Simon Yates (Bike Exchange) dominates stage 2 of the Tour of the Alps and takes over the lead in the GC. Dan Martin (Israel Startup Nation) makes his intentions clear with an impressive 3rd today!

Davide Rebellin (49) is doing another year as a professional cyclist…Since 1993 a pro and he still has not enough of it!! The mind boggles, is yours?