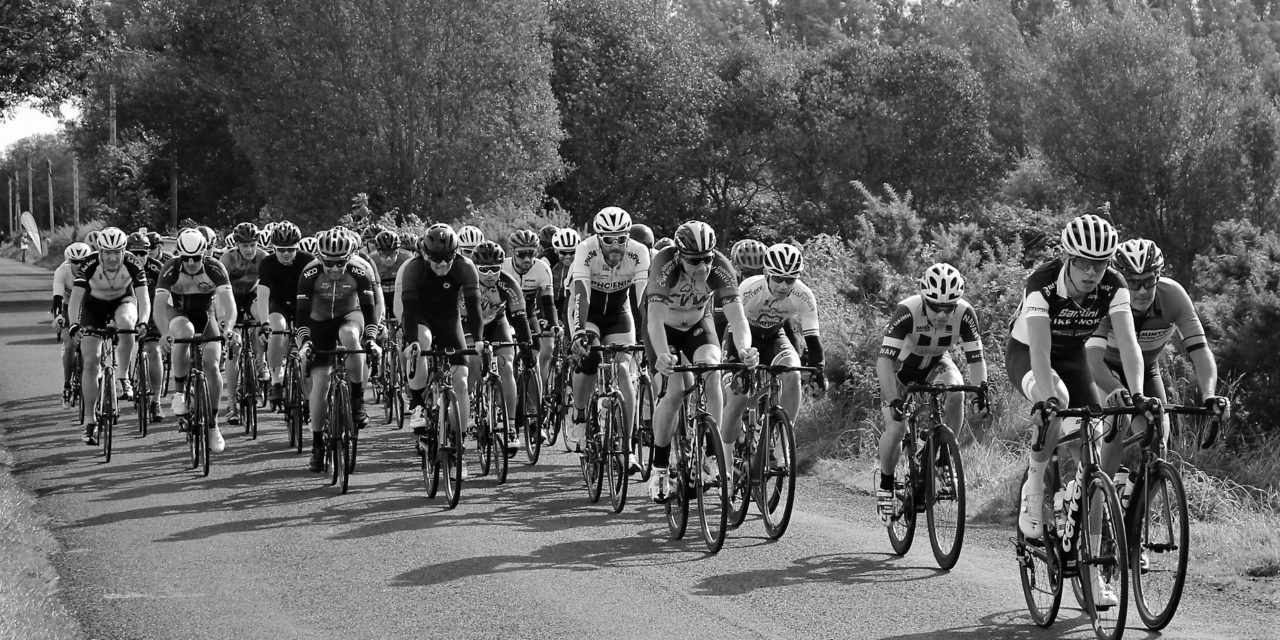 One of my last road races of the season was spent in a place called Portadown and trying to find the sign-on was a bit of a chore as I had to “re-route” a bit to eventually find the place. I was surprised to see so many entries as with the Nationals (A3 +Masters) held in Gorey and being the end of the season you would think nrs would be down. A full field of A3’s and about 40 in the supporting A4 race must have pleased the promoting club Keevan CC as it is a gamble so late in the season to get the numbers! They came from Sligo, Cavan, Donegal, Dublin and all corners of Ulster to compete on a fast 15km circuit, with a few drags in it but basically flat. The wind was more of an enemy to the riders and some strong headwinds greeted them welcome. The A3 race (including juniors) send-off first and they had 6 laps to deal with, and at the end of lap 2 Sean Lenehan (Navan RC) and Matthew Devins (Yeats Country) both juniors got away from the bunch and a 40-second gap was maintained for the remainder of the race, the lads worked well together and behind them a group of 4 chasers established themselves, they took a bit of time of the gap but never really threatened the front riders. In the 5th lap Sean Lenehan had to let Matthew go, he is in great form lately, not long back from the Tour de DZM in Korea and last week second in the Charleville 2 day, the writing was on the wall and not surprised as Matthew already had a spell in Belgium this summer as a graduate of the Belgian Project, and days like today makes what I do worthwhile seeing such performances when they return back in the land. Keevan CC is one of the smallest clubs in the Ulster Region but with the help of neighbouring clubs and their loyal volunteers pulled off “a job well done”

The A4 race stayed basically together with a few attacks who came to nothing and Luke Ginnell from Scott-Orwell Wheelers Dublin won with a few bike lengths the dash to the line.

Top-level international para-cycling competition for Team Ireland kick starts into action on 6-9 May with the opening round of the 2021 UCI Para-cycling Road World Cup in Oostende, Belgium. It also marks the end of the Paralympic qualification period…Good luck Team IRL!!