I met Shea while he was dibbling his toes in races with his club Carn Wheelers, but started to know Shea a bit better when he was accompanying his dad Ali Gribbon (A1 rider) which I was a big fan of. He is also a friend of Marc Heaney who was one of my graduates at the time. His dad Ali, unfortunately, had to retire from racing due to an accident at a TT event in Antrim a few years ago, which left him with an injury that prevents him of racing at the top level, but still enjoys the bike at his leisure. Shea at the time was a student at the University of Coventry, the bike had to come second till he graduated as a product designer, which he did successfully. His love for cycling never went away and his eye for something different very much seen in his photo’s, a hobby he took on after graduating. Works full time during the day and does also shifts in the local Pizzeria (together with Marc Heaney) and if that is not enough he also runs a little company called “The Shoe Dr” (https://www.facebook.com/theeshoedr) who revamp, repairs and customised old or damaged bicycle shoes. Shea became a sponsor of the Belgian Project with his new venture this year. His determination of succeeding must come from his family genes, and personally wish him a lot of success and a thank you…His photo’s reflecting his eye for quality…Have a look

This report is sponsored by https://www.facebook.com/theeshoedr/ 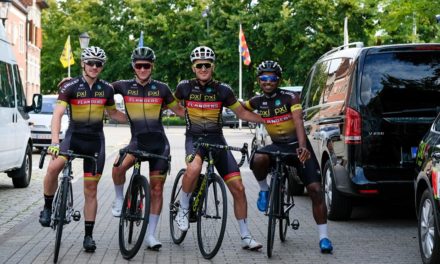 “Living the dream” Marc Heaney’s story so far, this after 4 years living and racing in Belgium Cycling Ireland sends 13 young riders to the “2021 UEC TRACK JUNIORS & U23 EUROPEAN CHAMPIONSHIPS” in Apeldoorn (Netherlands) next week to gain experience, and to build on the future…