A cold but dry night was in petto for the riders in the last race of the Kinning Cycles ” Nuts Corner Crit Series” The wind against in the back straight did things split up in most of the races, but the sprints in the finishing straight made up for it. Each race was fought hard, due to daylight restriction the Under 8 was canceled and the A4 race also..normally the ladies race in that cat with a handicap system, but this time they raced ahead of the Under 14-16 race. This meant that the Main Race could be run for an hour. The handicap for the A*-A1 was overcome around halfway and soon after that 3 riders went “up the road” so to speak, Breandan Flannagan (Mc Convey Cycles) Lindsay Watson (Powerhouse Sport), and the Sam Bennett from Banbridge CC John Buller. This 3 stayed away, while Chris Mc Glinchey (Vitus Pro) and Mark Downey (Cote’s D’ Armor FR) who had a crash earlier on in the race missed the break. Lately, John Buller is nearly impossible to beat in a sprint and so he did in his usual style of pure force. This was his second win of the series. Darcy Harkness (Carn Wheelers) got the better of Erin Creighton (Mc Convey) in the Women’s race. A great night again, despite no spectators as such, except a parent of each child, the atmosphere was brilliant, the event was safe, smoothly executed in these difficult times…well done to all involved such as the commissaires of the series, the first aider Lydia, Gerry Heverin as race director, the volunteers at the entrance and all involved in Team Kinning Cycles the sponsor and promoter of an event we would like to see back…chapeau

Some of my memories of happier times (Part 1) this to bridge the gap until more top 15’s arrive …Stay home or be safe if you have to work, so we can be back together again ASAP!

What’s on in the next few weeks? preview and entry online details of the events which included Hill climb in Monaghan, X-Mas TT in Newtownards & New Year eve TT in Louth, also Cyclo-Crosses in Louth and Munster, including the Nationals in Armagh (Sunday 19 Dec 2021 till Sunday 8th Jan 2022) Merry Christmas and a better 2022 to all of you… 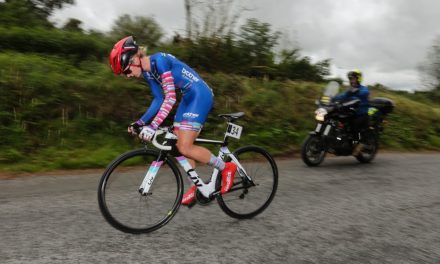