The plug has been pulled in Northern Ireland!!! All events scheduled have now been canceled, this due to new regulations of the Stormont Government for the next 4 weeks starting this Friday 16th October

Samuel Carmichael from Roe Valley told us: “Unfortunately, we have had to cancel our open road race scheduled for this weekend, with the new restrictions coming into effect tomorrow it was no longer possible for our event to go ahead, the committee tried up to the last minute but the decision has been taken out of our hands. Thanks to everyone that had helped to get it this far and to everyone that had signed up, refunds will be issued ASAP through event master.Stay safe!”

Drew Mc Kinley announced earlier this week already “The John Haldane that was rescheduled for Sunday 25th October is now cancelled. It feels like Déjà vu all over again with the Haldane back in March. The Haldane was rescheduled to take place in early October, but with the Clash of the Irish Champs, it was moved to Sunday 25th October. But with the ongoing Corona Virus and the Northern Ireland Executive unable to make a decision on what to do next it just feels any effort/time and money going forward will be wasted with further restrictions likely, and thus pulling the race at the last minute. Let’s hope we have more clarity for 2021 and get events going again, yours in Sport Drew

Ellen Mc Dermott (Isorex CT) becomes a feared rider in Belgium with podiums in interclub and criteriums, while Megan Armitage (Rupel Cleaning-Champion Lubricants) caught in the last km to deny her first win in the Flanders!! 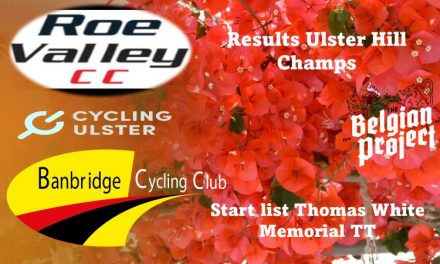 The results of the 2022 Ulster Hill TT Championships hosted by Roe Valley CC in Dungiven (Co-Derry) The results of Frid 23rd Sept, and the start list of the “Thomas White Memorial TT” in Warrenpoint (County Down) for this Sunday the 25th September (which includes the Final Rounds of the Irish National Paracycling-series, and the Women’s Intermediate League) hosted by Banbridge CC…

Hat-trick for Mark Cavendish, 3rd win in a row at the Tour of Turkey! A big crash 150 meters out split the sprint badly!! 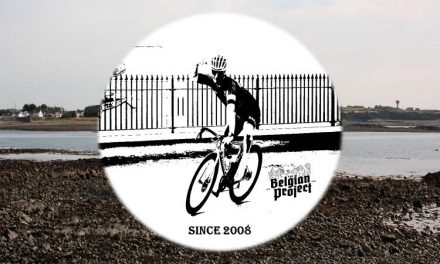 What’s on this week? (TUESDAY 16th AUG-SUNDAY 21st AUG) + SOME COMING EVENTS ONLINE NOW!! THE DEADLINE FOR INCLUSION ON THESE PREVIEWS IS MONDAY’S 12PM, SENT INFO AND A POSTER IF POSSIBLE OF YOUR EVENT TO DANY@BELGIANPROJECT.CC (NO CLUB LEAGUES PLEASE)