Good luck to Team Ireland at the World CX Champs in Fayetteville- Arkansas USA this weekend!! Included a message of Sean Nolan, this with good luck wishes to the Sean Sharkey Memorial CX in Louth tomorrow!! (Sunday 30th Jan) Report courtesy of the CI website: >> Ireland will be represented by five athletes across the junior and 23 men’s and elite women’s categories. The squad includes Maria Larkin, who won the elite women’s national championships. Sean Nolan and Dean Harvey will compete in the u23 men’s category while junior national champion, Liam O’Brien and runner-up Travis Harkness will ride the junior men’s race.
Don’t miss a second of the action over the weekend. The World Championships will be shown on Eurosport and GCN. The junior women’s, u23 men’s, and elite women’s races will take place on Saturday 29th, while the junior men’s, u23 women’s, and elite men’s races will be on Sunday 30th.
Follow Cycling Ireland on social media for updates (Twitter) and behind-the-scenes footage (Instagram) from the weekend courtesy of SnowyMountain Photography.
Maria Larkin will also be taking over the Cycling Ireland Instagram story today as she and the rest of the Irish squad complete their final preparations ahead of the weekend.
Schedule
Saturday, January 29th (Irish Time) 19:00 – UCI Men Under 23 & 20:30 – UCI Women Elite
Sunday, January 30th (Irish Time) 17:00 – UCI Men Juniors
Course
The purpose-built course at Centennial Park is just over 3 kilometers in length featuring short steep hills and obstacles to challenge the riders. The course includes a steep hill with 17% gradients, a staircase, and many other technical sections that will make for exciting racing <<

Sean Nolan told his followers and Irish supporters: “On the eve of the world cyclocross championships, I would like to remember a fantastic young man gone too soon. I will be thinking of Sean Sharkey during my race tomorrow at the world champs. Sending love to the Sharkey family and hoping Sean’s memorial race on Sunday goes well and is an enjoyable day for all” What a guy that Sean Nolan is, this will put a belt underneath the heart of the Sharkey Family for sure tomorrow at the Mc Crystal Cycling Track, a credit to his parents, he will go far in life!! 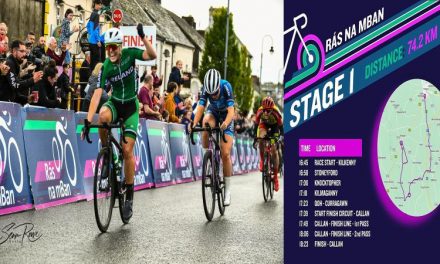 Lara Gillespie (Team Ireland) wins 1st stage of the “Ras na mBan” in Callan (Co-Kilkenny) So happy to see Lara back to full health, and do what she does best, with her devastating sprints to the line!! (Wednesday 7th September) 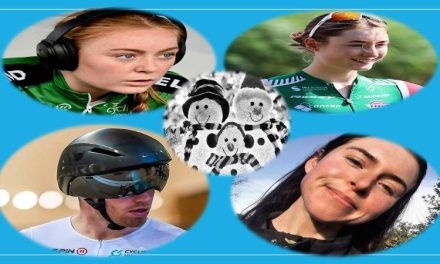 Lara Gillespie, Mia Griffin and JB Murphy have been busy at the “Trofeu Internacional De Pista in Anadia” in Portugal (UCI Class 2) last weekend (17-18th Dec) and bagged several medals including gold!! And Megan Armitage moves a step up the ladder with signing for “Arkea Pro Cycling Team” for 2023!! Merry Christmas to you all…