The final round of the “Bog Trials’ took place last Saturday (26th Feb) in cold and windy, but dry weather in the East Galway Bogs!! Part of the prizes was a piece of Turf which is certainly original!! Report courtesy of Mick Ruane (Admin of GBCC Members’ Group) & Photos used in collage and feature from Grant Fay and Keith Griffin, with thanks to all of you

The final round of the “Bog Trials’ took place earlier today in cold and windy but dry weather.
In the men’s race, Ruaidhrí Geraghty (GBCC) stormed to an early lead and quickly build up a lead of over a minute. Chasing Ruaidhrí was a group containing Derek Joyce (GBCC), Keith Griffin (GBCC), Michael McGlynn (Team Caldwell), and Alan Dunlea (Club Rothaiochta na Sionnainne) In the end it was a GBCC 1/2/3 with Ruaidhrí coming home in first place followed by Derek Joyce and Keith Griffin.

In the overall Keith won from Ruaidhrí with Derek 3rd, 4th was Eoin Whelan (7 Springs), 5th Michael McGlynn, joint 6th Shane Countney (Tralee Manor West CC), and Bryan Gafney (Covey Wheelers) with Aslan Dunlea 8th.
In the women’s race Geraldine Gill Heerey (Bohermeen CC) won for the fourth time with Sinead Waters 2nd(Corrib MTB) and Joanne Murphy (GBCC) 3rd with the overall following the same pattern.
In the Under 12 race Katie Turner (Orwell Wheelers) made it four out of four with James O’Donnell (Western Lakes) 2nd. In the overall Katie won with James 2nd and Adam Tansey (Yearts County Cycloing Club3rd.
Thanks to Grant Fay, Glenn Watson, Lock Miwa for helping out and to Martin Divilly Butchers for the burgers for the barbecue afterwards. 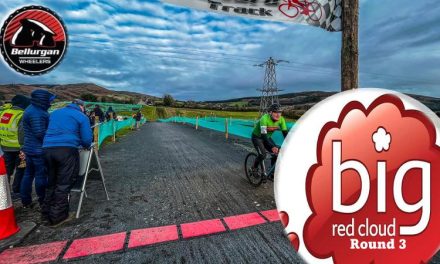 What’s on this week? (29th June-4th July) Youth Cycling-endurance-Open Ranking Time Trial’s & Road Racing + some events to make a note of in the coming weeks