The National Tobacco Museum in Wervik (West-Flanders) celebrates the famous cyclists who were born, and lived in the town since early 1900…Sam Bennett takes a very prominent place in this exhibition…here are some pictures taken by my friends Ann and Mario, who are living in this town (my second home from home) at the border of North France… 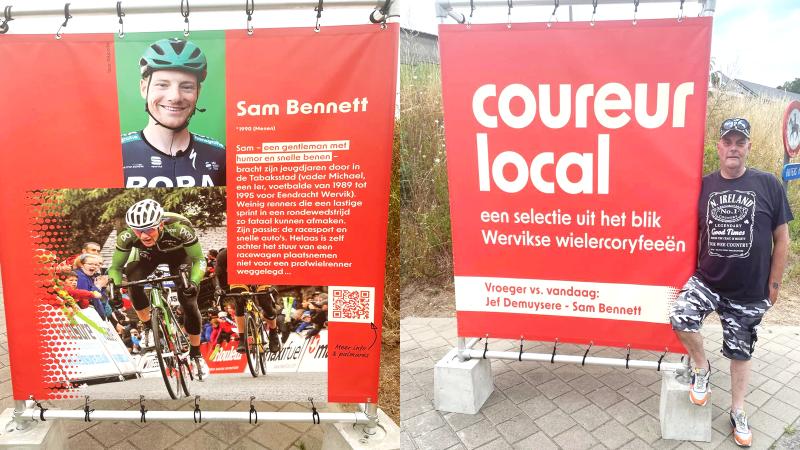 Sam lived from 1989 when he was born till 1995 in the Tabaco city of Belgium (Wervik) due to his dad Michael who was a pro footballer with Eendracht Wervik (together in this team was BP guest parent Rik Masil who was born and raised in Wervik) The posters says also…Sam Bennett…a gentleman with humor and fast legs…not many top cyclists can finish a sprint so fatal as Sam does!!!

Another famous flandrien from the 30ties …Joseph (Tjeppen) Demuysere …a tempo rider in the peloton, a lead rider for the sprinters, and loved marathon worker in the bunch..an all-rounder, who even was a Belgian CX Champ in 1932…A bread and butter rider, a simple lad who didn’t talk much…The French press called him a raw flemish bolster who was Illiterate, but he was loved in his parish and got a statue in 2007 to remember their prolific rider

Roger Verschaeve, a legend as domestique and pro (10 years) Won Gent-Wervik, a classic who is now a renowned Interclub finishing in the town, also related to my friend Anthony Verschaeve, who runs a pub in Wervik and for years the supporters club of the Belgian Project…His uncle Roger is now a hotelier, with a chain of hotels in the area, which are very bike friendly!!

Josiane Vanhuysse, a real Flandrienne, gentle lady, Tour de France Femmes rider, Belgian Elite women Champion, a great climber who said…”If you want to achieve something in your life, you have to climb a mountain…once you are there it is just fantastique!!” I have reached that point in life!!! Josiane became an honorary citizen of Wervik in 2018 and is seen here with her enormous collection of trophies

Patrick Lefevere, the patron of the peloton, gives his sharp view of cycling every week. “If I was 25 years younger, I would commit a coup and become a dictator” his latest one 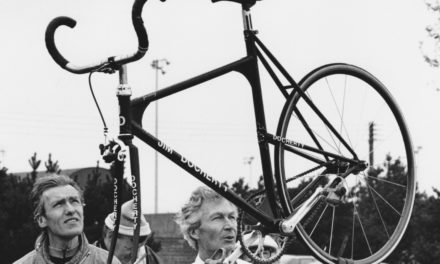