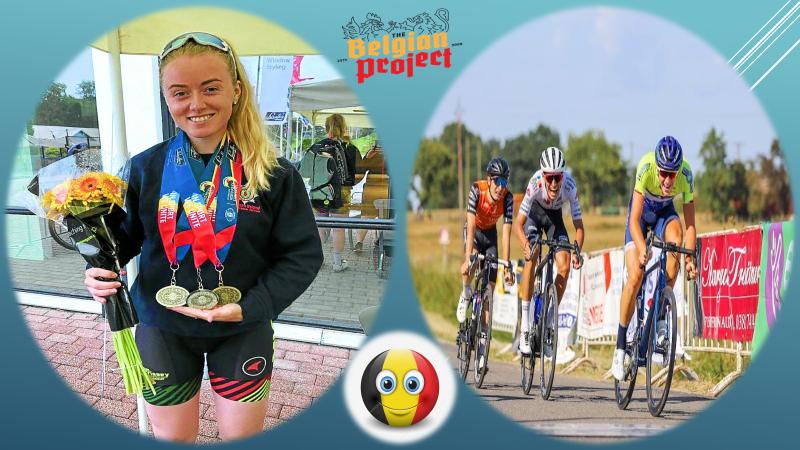 Photos taken from Shenna’s and John’s social pages, report Shenna is from the Banbridge Chronicle

The Banbridge Chronicle reported “WELL DONE… Firefighter and cycling sensation Shenna McKiverigan has secured two more medals at the World Police & Fire Games (WPFG) in Rotterdam. The 24-year-old, from Banbridge, followed up her bronze in the road race with two superb silvers in the sprint and mountain-bike events. It means that Shenna and fellow Banbridge firefighter, Tony McCrea (rugby 7s) will be returning to the Victoria Street station with a magnificent four medals!”

Nicola her mum told social media “Yesterday brought a close to the World Police and Fire Games Rotterdam 2022 what an amazing experience Shenna has had at her first games. This was a dream come true for Shenna when the games were held in Belfast she was only 14 and she said to me, I want to be part of the games I want to join the fire service, and compete in cycling well her dream came true. Shenna did her last race of the games yesterday mountain bike cross country and got another silver medal. What an achievement for Shenna to come away with 2 silver and 1 bronze medal. So proud ⭐️strongwomen

John told social media: “Victory on french soil! 🏆
Coming a lot later than hoped but better late than never at Prix de Frontenaud!! A relief if anything after a crash-fest beginning to the season, finally time to prove the ability as the latter part of the season is under way! 💪🏻 Nice day forming the breakaway of the day, massive splits in the peloton meant I avoided the drama behind, stoked to battle out the numbers game being out numbered in the final with other teams well represented in the breakaway of 10. Reducing to 4 for the final.Build up to Estivale Bretonne next weekend is positive. 😎

Well-known Belgian journalist and webmaster of Wielerverhaal *Yves Brokken* has interviewed Irish Imogen Cotter at the brink of her new season with “Keukens Redant” and Imogen’s news of joining Movistar for their E-Team in the Zwift Racing League Premier Division!!