One of the most beautiful CX venues we have been so far…Castle Saunderson in Cavan, hosted by Breffni Wheelers and the first time a Ulster League CX round was held crossing the border…and what a welcome we all had…Chapeau Breffni Wheelers and your army of volunteers…certainly brilliant for your first time promoting such event!! (Sunday 30th Oct) 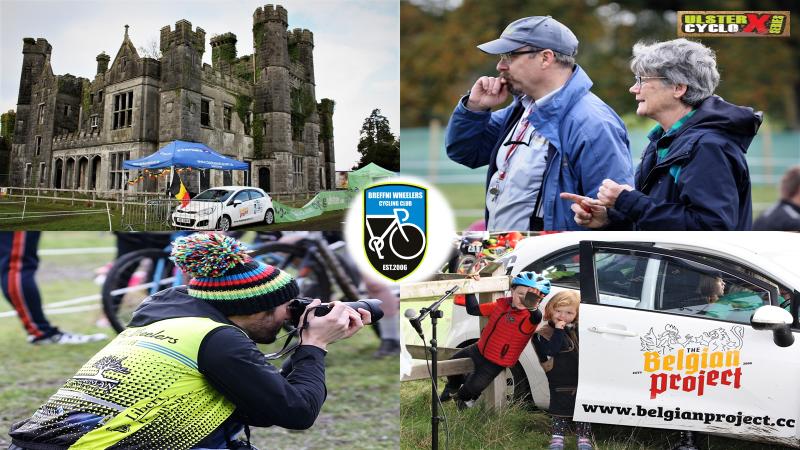 Report from Martin Grimley + full results courtesy of Martin and Breffni Wheelers time team, with thanks to both (all photos Dany BP Media)

Round 4 of the Ulster Cyclo-cross series was hosted by Breffni Wheelers on Sunday 30 October 2022 at Castle Saunderson , near Belturbet in County Cavan. The castle was the former family seat of the Saunderson family. It is now abandoned since a fire in 1990! This is the first time the Ulster cyclo-cross series has had a race in County Cavan and it was the first time Breffni Wheelers had hosted a cyclo-cross race. Cavan County Council has provided great support to the club and the club has also been hosting cyclo-cross training days in the weeks leading up to the race. The host club had put in an enormous amount of work setting up the course and putting into place the admin and catering arrangements. They had even provided some Halloween decorations for the occasion! There was an added benefit to the clocks going back with more daylight in the morning for travel and setup and then the bonus of arriving on site to a beautiful sunrise. The weather stayed nice for most of the day but there was a short rain shower during the U14/U16/Women’s race. The day finished in sunshine which was a fitting ending to a great day.

The racing began with the Under 6s fun race. Seven young riders set off across the front of the castle, dropped down to the lower tier before looping round the front of the castle in the opposite direction and, with some assistance (a huusst), getting back up to castle level to complete their lap. They had two laps to complete with a goodie bag waiting at the finish line. (All goodie bags in all underage races sponsored by Alan Traynor from the Breffni club)

The Under 10s used the same course as the Under 8s but had 6 laps to complete. Leading from start to finish was Benjamin Cunningham (Orwell Wheelers Cycling Club) with Leo Gallagher (Shelbourne/Orchard CC) second and Jack McGahan (Square Wheels) third. Aoife Campbell (Square Wheels) put on her usual impressive performance finishing just behind Benjamin to take the gold medal for the girls’ race. Ruby Millar (Square Wheels) picked up silver with Fiadh Craig (VC Glendale) getting the bronze medal.

The Under 12s had an extended course which took them past the castle and out towards the road, turning on the grass and then having to carry their bikes up the grass embankment. They then went through the switchbacks on the lower tier before heading back to the finish line at the front of the castle. James Cunningham (Orwell Wheelers Cycling Club) won the 6 lap race for the boys with Eunan Campbell (Square Wheels) second and Rory McCool (Square Wheels) third. Ava Baker from the host club put in an impressive effort to win the girls’ race with Lilly McDermott (Un-Attached Leinster) second, Skye Spence (Shimna Wheelers Cycling Club) third and Lauren Kinkade (Un-Attached Ulster) fourth.

The next races all started from the car park at the back of the castle. The riders were gridded into rows of four onto the prestine tarmac and had the full course to race around. The fast tarmac lead onto the grass area beside the castle with the grass embankment the first obstacle to tackle. At 11:30 it was the turn of the Under 14s, Under 16s and Women. They faced some slippery conditions when the rain shower arrived during their race. The Under 14 boys’ race was won by Caleb McGreevy (VC Glendale), his fourth win from four events. Caleb had a clear lead over Josh McClune (Team Madigan C.C.) who, in turn, had a large gap to third place rider Eoin Davis (Bohermeen CC).

The Under 14 girls’ were also well spread out with Emer Heverin (Kinning Cycles Cycling Club) taking the win, Aoife Craig (VC Glendale) second and Clodagh Quigley (Foyle CC) third. Despite starting at the back of the grid, Conor Murphy (Rostrevor Mountain Bike Club), powered round the course and comfortably won the Under 16 boys’ race. Curtis McKee (Scott Bright Motor Group) finished second with Cameron Henry (Inspired Cycling) third. The ‘big’ race was between Harry Hobbs and James Armstrong, both from VC Glendale, who were sticking close to each other for the first 3 laps. In the end it was Harry who got the gap on James to take 4th and 5th respectively.

It was another host club win in the Under 16 girls’ race when Aisha Gannon crossed the finish. This was Aisha’s second win of the series. Rhiannon Dolan (Cuchulainn CC) was second with Cara Suckling (VC Glendale) third.

At 1 pm it was the turn of the Cyclo-cross Men’s A’ race. This was held over 6 laps of the muddy course. Birthday boy Kevin McCambridge (Un-Attached Ulster) lead for the first 2 laps but Joseph Mullen (Navan Road Club) and Oisin Ferrity (Island Wheelers) took over the head of the race. Joseph and Oisin remained close for the next few laps but Joseph pulled away to victory in the last lap. Oisin had to settle for second with Kevin getting third.

The final race of the day was for the Cyclo-cross Men’s B’ race and the Men’s Mountain Bike support race. Both were held over 4 laps. Newcomer to the series, Dominik Drwal (Un-Attached Connacht) lead from start to finish. Keith Raymond (Bottecchia Racing Club) was second with Jonny Adams (Killinchy Cycling Club) third. All 3 are now compelled to ride the Men’s A’ race for the remainder of the season. Glen Curry (Ards CC) was fourth with Ciaran Campbell (Square Wheels) fifth and Stuart Suckling (VC Glendale) sixth. The mountain bike support race was won by David McKee (VC Glendale). The entertaining David managed to give the crowd a good laugh at the end when he attempted a wheelie on the finish straight. With a flat back tire this wasn’t a great idea but seeing him fall harmlessly into the mud brought out the laughter. Muddied he crossed the line to great applause. Gerard Curran (Tir Chonaill Gap CC) finished second with Barry Kelly (DB Cycling Club) third.

A huge thanks to all at Breffni Wheelers for putting on a superb event. For first timers, they had thought of everything. We look forward to returning next year. The next round of the series takes place on Sunday 6 November 2022 at CyclocrossNI in Portadown hosted by Apollo Racing Team. Details on www.ulstercyclocross.com & Online entry open now on https://eventmaster.ie/event/j3lLUE0TBz 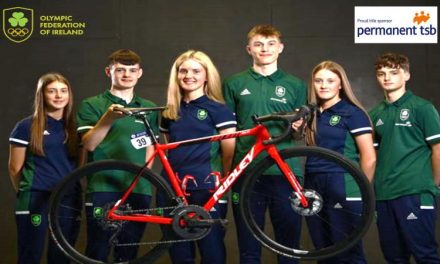 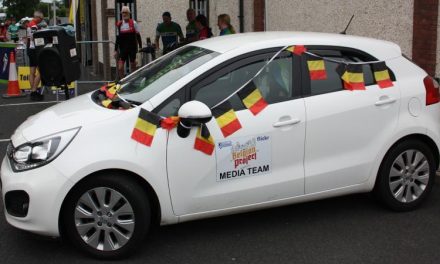 The generosity of the Ulster and Irish cycling community is flabbergasting in my hour of need…how big or small the donations have been…they all so much appreciated and I feel humbled and so thankful…we are back on the road with a younger support car, this to support your events and the riders for the next years to come…July 2022