This race doesn’t need much introduction, it has everything to deal with as a racer, flat and rolling roads, 4 serious climbs of the Mountain Rd in Portaferry, and a windy coastal road at the Irish Sea. The speeds sometimes record braking as an average of 28 miles an hour get reached, and 80 or more miles distance make it a proper classic race. The prize money is also a great attraction and sees always a good nr of Southern riders competing for the massive silver cup. Local sponsors made this each year possible, the PSNI motorbike unit making it a very safe race with each year a dozen officers in the race and static officers at the finish. Unfortunately, we only allowed 80 riders and due to been held in March more then double applies to be in the race. It has been won by people like Gary Wilson (Audi) in the 80ties and Damian Shaw in the year he progressed to become the Irish Champ and so many household names like David Mc Cann, Frazer Duncan, Adam Armstrong, Darnell Moore winner in this video, Conn Mc Dunphy and so many more have their name on the Tommy Brown Memorial Cup. Ards Cycling club organise plenty of open races each year, but this is the bees knees so to speak. Enjoy the video made again by David Mc Veigh (BP Media ) 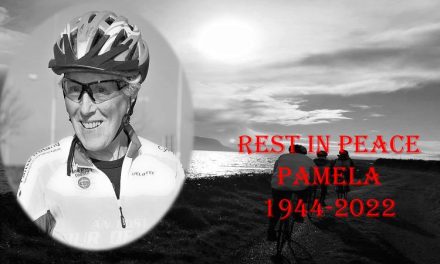 The memory and cycling spirit of Morris Foster stays alive with a donation towards the Belgian Project from his Family and friends…A great honour to receive such unusual but welcomed support!!