“THE BEST OUT OF THE BELGIAN PROJECT MEETS…” PART 3: Sam Bennett interview at the 2017 nationals in Wexford…Go Sam…Go

This interview below had to be included in my favorite interviews we took over the years, it was after the Nationals in 2017 in Wexford who was won by Ryan Mullen, Sam didn’t have a great day and we waited a bit before approaching him, but as a real professional he took some time out to talk to us…Sam has many qualities, he is fast as a whippet, has a lovely manner at conversations, and approachable to his many fans. Since that interview, he has won more stages in world tours, became Irish Champ in Derry in 2019, reversing the Wexford result, and probably his most wanted result in front of his army of fans. He was already an Under 23 Irish Champ a while ago (see photo above) He is now racing for the biggest Belgian pro team called Quickstep-Deceuninck and we haven’t seen it all yet I am sure. He lives now in Monaco with his wife Tara and awaits the return of cycling asap like all of us. Sam was born in Wervik near the French border in West Flanders, his dad was a pro soccer player in that town, together with local Rik Masil as an old teammate (Rik and his wife Sabien are one of the guest families of the Belgian Project in the last decade, a home from home for many talented young Irishmen since) Sam returned with his family to Ireland after his father’s spell in Belgian soccer, and the rest is history

HOW DID THE RACES GO IN THE SOUTH? (PART 2) “The 2020 Lacey Cup” in Tralee had hailstones to deal with last Sunday (8 March) 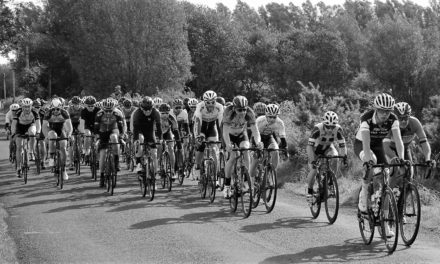