Photos cropped from the BP Media and photo of Conor by Brendan Culleton, report from CI

Liam Collins was elected President of Cycling Ireland at today’s annual general meeting, held in Tralee, Co. Kerry, Liam is a member of Newcastle West Wheelers and has been a prominent event organiser for many years, more recently promoting rounds of the National Road Series and the 2020 Cycling Ireland Road National Championships.
Collins has over 20-years’ experience working within finance, holds an Association of Chartered Certified Accountants qualification, and is currently serving as Group Finance Director at the Saint John of God Hospitaller Services Group.
Speaking of the appointment Liam Collins said:
“I am honoured to be elected as President of Cycling Ireland. The sport of Cycling in Ireland has a rich history and has produced some of Ireland’s most memorable sporting moments. It is also one of the largest participation sports in Ireland and as such has enormous potential. I am looking forward to working with members of the cycling community to further develop the sport in Ireland”

Two further positions on the Board of Directors were filled by Carl Fullerton and Conor Campbell who were successfully elected at the 33rd annual general meeting. The board of Cycling Ireland now comprises of Liam Collins (President), Brendan Tallon (Vice President), Anthony Mitchel (Secretary), Eugene Moriarty (Treasurer), Orla Carolan, Noel Mulroy, Carl Fullerton (photo above) and Conor Campbell (photo below) 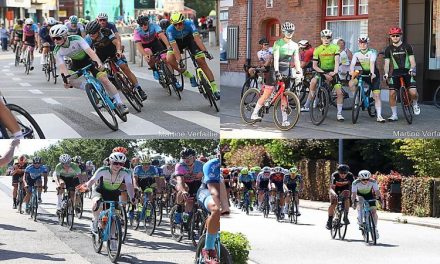 Soaking up experience at Belgian races…it will improve your skills and make you a better rider…Christopher Marschall just did that, and the bonus was staying with Belgian Project guest mum, and Flanders most popular cycling photographer Martine Verfaillie, a home from home for many riders from all over the world…here his story…

The Breffni Wheelers Open TT league starts next Tuesday (4 August) in Cavan…Limited to 75 testers so be quick to book your place!