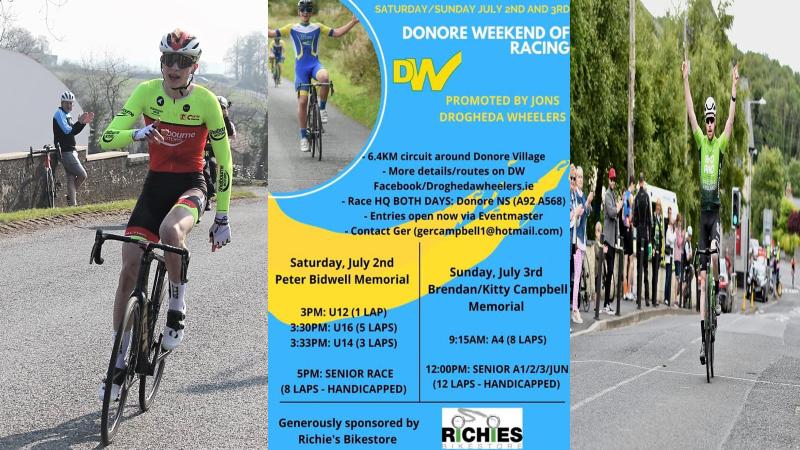 Some photos from Sharon Mc Farland, and Caroline Kerley, and results courtesy of Jons Drogheda Wheelers with thanks to both…

Peter Bidwell Memorial results:
Gearoid Campbell reported: “A great, fast race was won by Seth Dunwoody, a U16 rider who had special permission to take part in tonight’s senior event. Away on his own for nearly the entire duration of the race. A fantastic effort also by Dunwoody’s teammate and fellow U16 with special permission, Samuel Coleman who took first unplaced junior”