Shocking news!! Davide Rebellin was killed while training, cruelly left on road side after hit and run in Montebello Vicentino (Italy) The classic specialist retired this October after a 30 year pro-career, and his passion cost him unfortunately his life. (30 Nov 2022) Possa Davide riposare in pace… 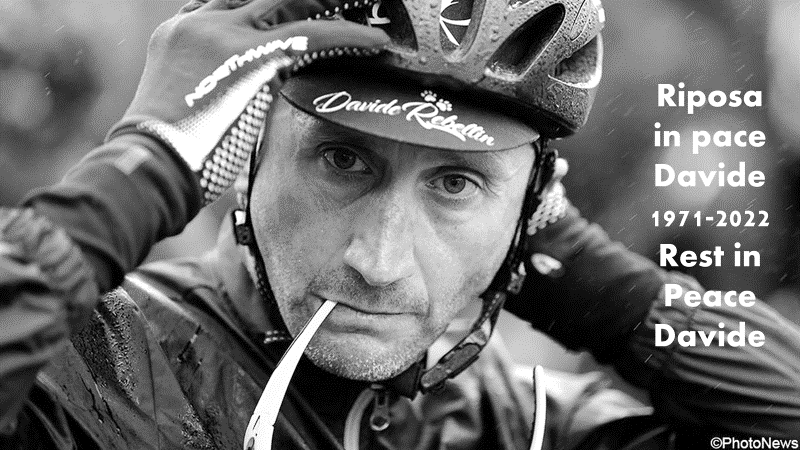 Davide Rebellin (9 August 1971 – 30 November 2022) was an Italian professional road bicycle racer, who last rode for UCI Continental team Work Service–Vitalcare–Dynatek. He was considered one of the finest classics specialists of his generation with more than fifty top ten finishes in UCI Road World Cup and UCI ProTour classics. Rebellin was best known in the cycling world for his 2004 season, when he won a then unprecedented treble with wins in Amstel Gold Race, La Flèche Wallonne and Liège–Bastogne–Liège. He also won stage races such as Paris–Nice and Tirreno–Adriatico, and a stage in the Giro d’Italia.

Tragically, his passion cost him his life says
Johan Museeuw in a interview with Sporza
“That austere and modest character also typified Rebellin in the race, he didn’t have the charisma and the will to become a leader. Rebellin was satisfied with a helping role deep into the final. If the tactics allowed, he could also win a match.”
Only in his thirties did Rebellin turn out to be a winner in the larger races. “His personality also played a role in that.” “You never saw Rebellin in the race, because he did not stand out. The opposition forgot about him and with his fast final shot he regularly finished it in a small group.”
Museeuw regrets that Rebellin died during a bike ride. “It is tragic that his passion cost him his life.”

The Belgian Project memories from the last 11 years (Part 4) The Irish and Ulster lads are settling in well in the Flanders with decent results already in the first week, an indication they mean business!