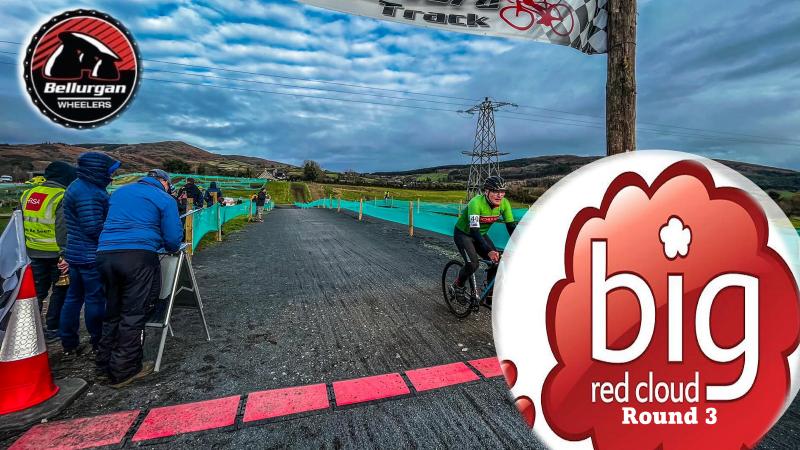 Full report and results courtesy of Bryan McCrystal on https://mccrystalstrack.com/2022/12/03/big-red-cloud-round-3/ & all photos from Damian Faulkner, with thanks to both…

All eyes were on the A race with some guys deep in the CX season and some just starting to have a look at the nationals. However, that didn’t deter them from a great race.  Dean Harvey went out as you would expect and instantly was out on his own. Behind Jb Murphy, Darnell Moore, Travis Harkness, and Joseph Mullen were tightly matched. Darren Rafferty was there too but had traffic to go through as he started at the back of the grid. Darren found his way lap after lap and was soon up to the chasing pack and then rode into a clear 2nd place. Dean still had a big gap and didn’t look like losing but a mechanical stopped him in his tracks and all of a sudden Darren was with Dean.

Next up was the biggest field of the day. The course was riding really fast all morning and it continued into the senior races. It was the trio Sean Tolan- Drogheda, Daivid Holland -Cuchulainn and Gareth Moran-Unattached that got away from the rest of the field. A mistake in the U sandpit saw Sean Tolan drop the hammer and stay away for the final lap and take the win solo. David Holland had a little too much for Gareth taking 2nd and Gareth 3rd.

Emer Heaverin – Kinning Cycles was well ahead in the U14 girls until a mechanical let her down and the fast Katie turner- Orwell seized her opportunity to take the win ahead of Emer in 2nd and Poppy Hamilton-TC Racing 3rd. Rian McCrystal was 1st in the boys with Killcullen boys Conor Regan and Daithi Killeen 2nd and 3rd.

Conor Murphy- Rostrevor went from whistle to flag claiming 1st in the boys U16. But the race behind between Fionn Killeen and Daragh Byrne was hotting up for the final two podium spots. Fionn got the gap and held it for 2nd and Darragh 3rd. Aliya Rafferty- Island Wheelers won very convincingly in the U16 Girls riding through most of the senior Women. In 2nd were Faith Robinson and Rhiannan Dolan 3rd.

Thanks to all that helped on the day, Marshals, officials, and Friends! Also thanks to @DamianFaulkner for the 📸 Also Thank you for the support for today’s event from these guys below 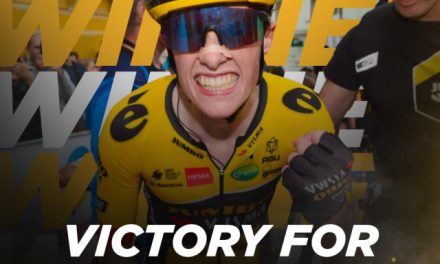 NO stopping Archie Ryan (Jumbo-Visma) in France (UCI WR.2U.Stage) winning Stage 5» Carbonne to Goulier Neige(131km) of the “Ronde de L’Isard with a solo 1.2 km to the line!! The results and standings with one more stage to go >>