Today we have as guest photographer George Mc Neill, a well-known motorsport photographer who loves his cycling, and very evident in his photos…een ex competitor of the sport (see feature photo collage which includes a picture of him at a 25TT in 1998) George told us ” I’m George McNeill from Kinallen, near Dromara. I’ve been interested in bike racing from the age of 9 when Tom Simpson won the worlds, he was my 1st hero. I raced with Banbridge CC from the age of 15 to 18 and then, due to working shifts as a psychiatric nurse, I couldn’t commit as much to train and race. I still rode and when Dromara CC started I joined them but the racing bug was still with me and I left them and joined West Down Wheelers, racing with them until the age of 45. I’ve been a keen photographer from about 1975 and followed the car rallies and the cycling, and when the digital age really took off I started doing freelance work covering sport in general but motorsport and cycle sport in particular. Unfortunately, I lost a couple of years of photos when a hard drive died as I was transferring shots to it, and the majority were bike related. It’s fantastic seeing the number of young kids at the cyclo x events, and they might think of doing the road as they get older, so cycling here is in a good place for the future. Enjoy the photos! Geordie” Thanks George for your input, and see you sometime when all this misery is over. (If you share this photographs please credit the author, thank you Dany)

This report supported by sponsors in kind https://www.signsandgraphics.net 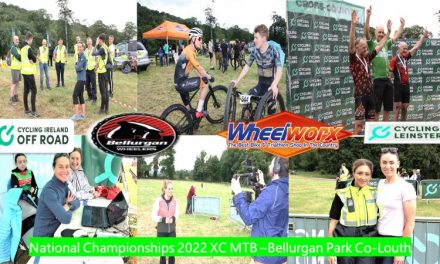 The 2022 Irish National Cross-country MTB Championships was hosted by Bellurgan Wheelers at Bellurgan Park, Co-Louth on Sunday 24 July… + links to results and some of the cycling paparazzi photos…please credit this kind photographers when using on social media… 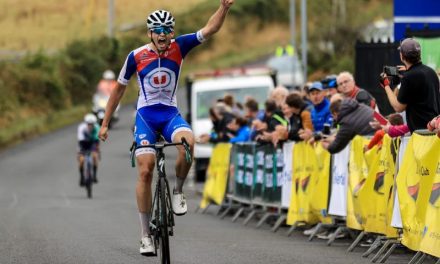 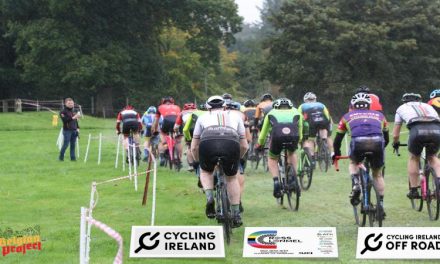